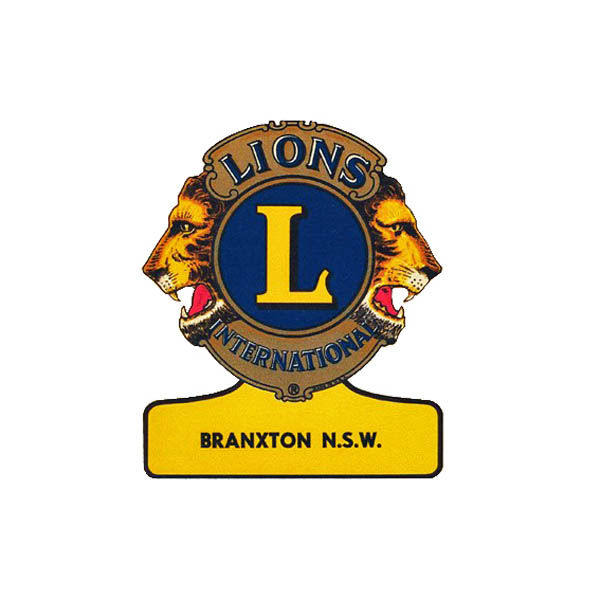 About Lions Club of Branxton

We are the Lions Club of Branxton located in the Hunter Valley, New South Wales (2335), close to the larger towns of Singleton, Maitland and Cessnock. The Lions Club of Branxton (Inc) celebrated its 60th charter anniversary in 2017 and it has been operating continuously since 1957. Branxton Lions are part of the secular, non-political, multi-national Lions Club International (LCI) which was founded on 7 June 1917 and currently has 1.4 million members. LCI has over 46,000 local clubs in more than 200 countries therefore we are members of a global organisation.

The members of Lions clubs are all volunteers who give up their time to raise money for charities and good causes, mainly in the local area. Every dollar raised by Lions activities is returned directly to the community. We support Lions Foundations, charities, disadvantaged local people, and volunteer-based organisations that benefit the community. We raise money by organising competitions and events and enable people to invest in their local community. Over the years many thousands of dollars have been raised by the Lions Club of Branxton to donate to good causes.

The people who benefit from our fund-raising are disadvantaged people such as visually or aurally impaired persons, or local individuals who need a helping hand. We also support communities who suffer from natural disasters such as extreme weather events or bushfires.